When you do something long enough, you tend learn a few things, have some highs and lows, etc.

2019, for me, was a low point in my Buddhist practice. The decline had started as far back as 2018, when I withdrew from certain communities I was affiliated with (for better or for worse) and my practice just started to peter out. My interest waned, and at one point I really felt I wasn’t a Buddhist anymore.

In earlier times (years in fact), I was a pretty devout Buddhist. I had a previous blog or two that covered a lot of my home research on Buddhist culture (particularly Japan), sutras I read, thoughts etc. It was something of a full-time hobby for me, bordering on obsession. The crux of this obsession, I think, was trying to make sense of all the different Buddhist teachings, schools, practices and so on. It was driven, subtly, by a need for belonging. I wanted to find that one Buddhist school with that one teaching that would make my life whole, and that one community that would provide the sense of belonging too.

Needless to say that despite my years of efforts I never found it.

The realization came on slowly, but it was something I was forced to accept. It made me question time and again why I was even a Buddhist. My practice as a Buddhist had been pretty hit or miss, and now my motivation in 2019 was even less than before. I deleted my old blog, and sort of pushed Buddhism (and related hobbies) away for a long time. 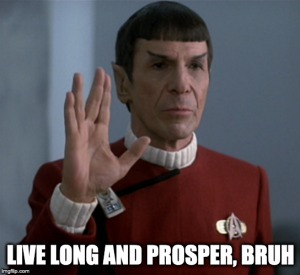 Then, while exploring the subtleties of Greek philosophy, I came upon something called Hierocles’ Circle. Hierocles was a Greek Stoic philosopher who lived during the Roman imperial era and among other things wrote a nice treatise on ethics. His concept of a “circle”, nicely explained in this blog post by How To Be A Stoic, is actually a series of concentric circles. The central circle is of course oneself, the next immediate circle your close family and loved ones, the next circle extended family, etc. What Hierocles did that was amazing was to not just state the obvious (we are self-centered) but to suggest that an ethical life means pulling the outer circles more and more inward.

Compare this with the Karaniya Metta Sutta (Sn 1.8 of the Pali Canon) in Buddhism:

With good will for the entire cosmos,
cultivate a limitless heart:
Above, below, & all around,
unobstructed, without enmity or hate.

Buddhist metta or good-will radiates outward toward others, but otherwise is basically the same concept as Hierocles’ circle: it’s about goodwill towards others and being less of a dick-head.

Further, I thought about the famous Parable of the Burning House in chapter 3 of a very influential Buddhist text called the Lotus Sutra. The Parable is too long to post here, but in essence, the Buddha Shakyamuni describes to his followers a great house filled with many wonderful and terrible things but is also on fire and slowly burning toward a group of kids who are playing in one room. These kids are totally oblivious to their impending demise.

The father who has just returned from abroad sees what is happening and calls out to the kids repeatedly to get out of the house. The kids, too distracted by their toys, ignore their father until he promises them great gifts of all kinds. Finally, the kids leave the burning house, and the gifts that the father was going to bestow them turn out to be something even more grand (not to mention their lives are saved). Ostensibly, the Parable was meant to show how the different Buddhist practices were really just one path anyway, a fundamental concept in Mahayana Buddhism. But, I think the Parable is also powerful in conveying a sense of urgency and priority.

Consider the case of Malunkyaputta, one of the Buddha’s disciples. In one sutra, the Cula-Malunkyovada Sutta (MN 63 of the Pali Canon), he comes to the Buddha asking many deep metaphysical questions and insists that the Buddha clarify them before Malunkyaputta is willing to follow him. The Buddha uses the example of a man who’s been shot by a poison arrow, and as the man’s friends gather around to save his life, the man refuses treatment until they determine who shot the arrow, what kind of wood was used, the feather, etc. Malunkyaputta gets the hint and becomes the Buddha’s disciple.

Returning to the Parable of the Burning House in the Lotus Sutra, the Buddha says in verse (trans. by Senchu Murano):

All living beings are my children.
They are deeply attached
To the pleasures of the world.
They have no wisdom.

The triple world1 is not peaceful.
It is like the burning house.
It is full of sufferings.
It is dreadful.

There are always the sufferings
Of birth, old age, disease and death²
They are like flames
Raging endlessly.

I have already left
The burning house of the triple world.
I am tranquil and peaceful
In a bower in a forest.

Having left the proverbial “burning house”, the Buddha simply could have walked away content and at peace. But he didn’t.  He came back to lead others out of the house.

Between this and Hierocles’ Circle and the Metta Sutra, I asked myself: why am I practicing Buddhism?

Practicing Buddhist meditation for stress relief, as a form of rebellion against the religion of my upbringing, a sense of belonging or maybe due to family tradition are all valid reasons as a starting point, but I realized that the message behind Buddhism is that ultimately we’re all in this together, and that the Buddhist path works best when you’re working toward the benefit of others.  This is not a “bleeding heart” approach, but more about benefiting others by disciplining one’s conduct, cultivating goodwill, and seeing past one’s self-centeredness.  Having a sense of (calm) urgency also helps too.

This is easier said that done, and I have to remind myself from time to time, but I feel it has reoriented my Buddhist practice in a positive way, and breathed new life into something I felt had become moribund.

1 A term frequently used in Buddhism to describe all possible realms of existence, including form and formlessness. The “whole shebang” in other words.

² And the continual repeating of these due to the cycle of rebirth.

🎵Toss a coin to your Buddhist-Philhellenic-D&D-playing-Japanese-studying-dad-joke-telling-Trekker, O Valley of Plentyyy!🎵He/him View more posts

2 thoughts on “Towards a Reorientation of Metta”

This site uses Akismet to reduce spam. Learn how your comment data is processed.